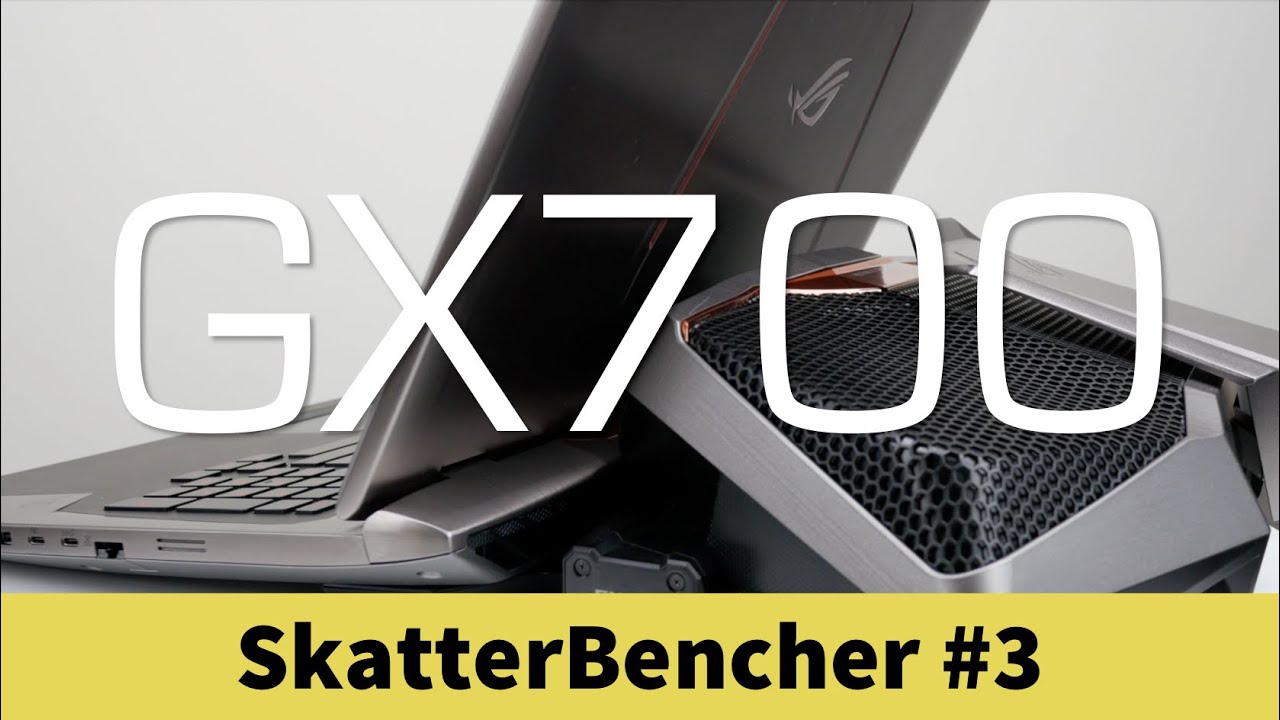 Hello SkatterBenchers, today we will show you how to overclock the ASUS ROG GX700 in a minimum amount of steps and time. This is the ASUS ROG GX700 V0 notebook which comes with watercooling as well as a Core i7 6820HK processor, a desktop grade GTX 980 graphics card and 64GB of memory.

To do the overclocking we will be using the ROG Gaming Center application and in there we will switch up the Turbo Gear settings. We will be using four different benchmarks in the operating system to measure the performance; Intel XTU, ROG Realbench, F1 2014 and 3DMark Fire Strike Extreme. Note: Today will be a little bit different than our other SkatterBencher videos because we can’t really change that much manually.

At stock without the notebook attached to water cooling the CPU runs at 2.7GHz and boosts up to 3.6GHz. The graphics card is clocked at 1,189MHz with the memory clocked at 2.5GHz.

Now we’ll move forward and plug the notebook on to the water cooling system.

That’s all for today’s article. If you want to learn more about overclocking check out the other videos at the SkatterBencher YouTube channel. Don’t forget to subscribe and also ask any question you want below the video and we will try to answer it. If you have any questions related to overclocking the notebook, check out Massman’s ROG GX700 thread on our forum – you’ll find a handy reset guide as well as a couple of benchmark score indicators.

We will be back soon with more overclocking content. Until the next time. Thanks for joining us.